Uganda is located in the tropical equatorial region of Africa and crossed by the Great Rift Valley escarpment to the west. With such important geographical and natural features, Mother Nature has created some of the best water resources…lakes, rivers, swamps and water falls in this diverse ecology.
It is important to note that Uganda is one of the countries in the great Lakes region of East Africa that includes Kenya, Tanzania, Rwanda and Burundi. There are many lakes in Uganda offering the best bird watching opportunities, boating, nature walks, adventures, swimming and safaris unique to Uganda. Many of the lakes have great economic importance to the local people and Uganda. 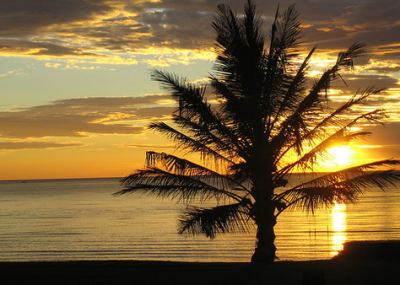 It is Africa’s largest fresh water lake covering an estimated 68,800sq km on the south east border of Uganda with Kenya and Tanzania. Although the largest area of the lake is shared by Tanzania, Lake Victoria defines Uganda’s weather and its economic success. It is the source of River Nile-the world’s longest river, harbors Uganda’s main Hydro Electric Power Station at Owen Falls Dam and is renowned for record breaking catches of Nile Perch and other fishes. It is great for fishing, boating, sunset cruises and beach holiday activities.

It is located at the heart of central Uganda on the northern route of River Nile as it flows north to the Mediterranean Sea in Egypt. The lake’s distinct features include the finger-like shoots that define the swamps that overflow during the rainy season. Fishing is the main economic activity on the lake and is located near Budongo Forest reserve. You can visit the lake and also go for chimpanzee tracking adventures in the forest reserve.

The two lakes are typically located in the rift valley escarpment in south western Uganda and are connected by the Kazinga Channel. Lake Edward shared by Uganda and DR Congo with parts of the 2325sq km lake in Queen Elizabeth National Park. Lake George is the smaller of the two and shallow as well occupying 250sq km.  A swamp fringes that silted lake that is joined to Lake Edward by the meandering waters of Kazinga Channel. Fishing is an important economic activity for the communities living near the two lakes.

It is another of Uganda’s lakes that was named after the British Royalty on discovery in1864 by Sir Samuel Baker. The waters of this rift valley lake extend to the borders of DR Congo from western Uganda as the upper Nile (Victoria Nile) continues on its course. Today, the lake basin is famous for its recent oil and Gas explorations in Uganda. Off the route on Lake Albert are spectacles like Murchison Falls and many small rivers that feed the lake and the surrounding swamp. Beside the oil exploration on the lake’s shore, the lake is a good fishing ground.

This lake lies in a designated ramsar site 20km from Kampala in the south central district of Masaka. it was once part of the greater Lake Victoria until silting of lake Victoria built sand dunes that separated the two lakes.
It is good place for birding safaris in Uganda and some of the regular sights at the lake are kingfishers, Crested Crane, Ross’ Turaco and the broad billed roller among others. Some of the animals that live near the lakes include vervet monkeys, duikers, monitor lizards and squirrels among others.

This lake is found in south western Uganda and is one of the deepest lakes in Africa. It was named after the many birds that nest and migrate to the swamps and islands in the lake. It is a fresh water lake, bilharzias free and good for swimming. It is a remarkable destination for tourist adventures like boating and bird watching among others.

These lakes are believed to be a result of volcanic activity that occurred in south west Uganda some 100,000 years ago. The extensive lake has more than 50 smaller lakes and water streams that flood in the course of the rainy season.  The surrounding area boasts sights of monkey, butterflies, birds and fishing activity.

This fresh water lake is located in Eastern Uganda and was formed called lake Salisbury. Although long and narrow, the lake is a source of livelihood for the fishing communities in Eastern Uganda and a great birding site too. Some of the birds found in the fringing swamp include the papyrus endemic gonolek, Fox’s Weaver (endemic to swamps on this lake), shoebill stork, white winged warbler, pygmy goose and the Lesser Jacana among others.
Lake Opeta
This seasonal lake is thought to be part of the greater Lake Kyoga covered in papyrus swamp and water logged savannah. The wetlands protects Uganda’s largest breeding colonies of the papyrus gonolek, shoebill stork, rufus bellied heron, fox’s weaver and also has a few sights to the water loving antelope species-sitatunga.
There are many lakes in Uganda, both seasonal and permanent. Some of the lakes define Uganda’s national parks and sustain many of the forest reserves in the country. Other lakes worth visiting include Lake Mutanda in Bwindi Forest Park, Mutolere that is drained by the glaciers from Rwenzori Mountain in western Uganda, Lake Saka and Kaitabarogo in Fort Portal, Lake Wamala and Lake Katwe that is known for Uganda’s salt mining activity.
The major rivers that drain Uganda’s lakes include River Nile and its tributaries (Victoria Nile, Albert Nile & Blue Nile),Katonga, Mpanga, Narus, Manafwa, Narus, Lamia, Nyamwamba, Mubuku, Nyamugasani and Bujuku to mention a few.
Lake Victoria is on of Uganda’s best attraction; it’s acknowledged to be the third biggest lake in Africa and in the whole World. Fishing is the main activity done on this lake and it supports so many people in Uganda and particularly agriculture.

Lake Victoria is one spot you must be familiar with before you take a visit; it borders entirely three countries; the northeastern part of Kenya, the southern sector of Tanzania as well as the northern part of Uganda. The part that it occupies is larger than Burundi along with Rwanda emerged

The lake Victoria Uganda encompasses a big depression adjacent to the Equator, amid the east as well as the western great rift valley which come in existence by the up warping that formed the mountain Rwenzori ranges in Western part of Uganda along with the down warping that created a depression with many main streams of rivers flowing westward to congo.Although its drainage passage is fairly small compared to the one of the lake.

Lake Victoria’s water flows at a speed of approximately 600m within seconds at Jinja on the northern shore into the Victoria Nile. It flows taking the northward direction of Lake Albert along with the White Nile creating the great access of the Nile River. The lake is made up by many islands which include Sesse Island famous for its beautiful scenery. The beach resorts are amazing to visit and sightseeing is also a great activity done.

With the early history of the lake, it shows the progress of Agriculture. People settle around the lake because of its fertile soils and the water that is available all the time. Its surrounded by many coastal towns for instance Muwanza,Bukoba and Musoma Tanznaia,Kisumu Kenya along with Entebbe Uganda, all these linked to the ship routes and the Indian Ocean coast by railway as the cheapest means of transport.

Lake Victoria has a dam that was built in 1954; it’s called the Owen Falls dam. Its aim was to supply sufficient electricity as well as water in Kenya and Uganda. Fish factories surround the lake and through this, many people have got jobs in Tanzania, Kenya and Uganda as well.

Uganda enjoys a greater part of the lake, tourists frequent the source of the Nile for some activities like rafting, Kayaking
and bungee jumping. There are tour companies that are well experienced with all these activates. The water falls have been a great attraction to both visitors and Ugandans and the experience at this place is amazing and for a lifetime.