Nigeria is positioned at the acute inner corner of the Gulf of Guinea on the west coast of Africa. It borders with Chad to the northeast, Cameroon to the east, Benin to the west, Niger to the northwest and by the Atlantic Ocean. Abuja, in the centre of Nigeria, replaced Lagos the largest city as the national capital. Nigeria is the most populous country in Africa, and takes its name from that of its major river, the Niger.

Languages Spoken: The official language of Nigeria is English.
=Hausa is the most widely spoken of the African languages — mainly in the north — followed by Yoruba, Ibo, Kanuri, and Tiv

Nigeria once had a number of ethnically based kingdoms and rival Yoruba states until the British brought them under its control, in the early 1900s.

The country became independent on October 1, 1960, but tension among its ethnic groups soon followed. 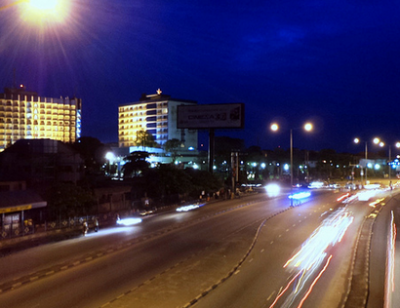 The Yoruba were mainly in the south-west, the Ibo in the south-east, and the Hausa and Fulani in the north. When Nigeria came under military control in 1966, the mainly Christian Ibo people tried to separate from Nigeria — after suffering a massacre at the hands of the mainly Islamic Hausa and Fulani people who dominated the government — by forming the Republic of Biafra (1967-1970).

This sparked off a civil war, and an estimated million people died in Biafra from starvation caused by food shortages.

The very obsession that makes Nigeria so sensitive and difficult to unite into a single peaceful republic is also its attraction. There are over 250 different peoples, histories, languages, and religions all rubbing shoulder to shoulder in this hectic, colourful and often volatile republic.

Following the election of Olusegun Obasanjo, Nigerians were overjoyed, as it appeared they were finally free from military rule. It was not long before things deteriorated as several rival groups (religious and tribal), no longer threatened by army intervention, settled down to protracted conflict. In one night of carnage during the Sharia’a riots (over full implementation of Islamic law) in February 2000, over 300 people were murdered in hand-to-hand insurrection between Igbo Christians and Hausa Muslims in Kaduna.

The crisis was aggravated by fuel shortages and extended power blackouts that left the country in darkness for weeks. Little improved under the new democracy. Obasanjo merged Nigeria’s position as West Africa’s political heavyweight and a key player in the Commonwealth, but the country was still overwhelmed by ethnic and religious aggression, particularly in Lagos, the Central Plateau and the southern oilfields. In presidential elections in April 2003 Obasanjo maintained a devastating triumph, although independent witnesses articulated reservations over irregularities and bullying.

CLIMATE
While Nigeria is factually larger than Texas, wherever you are you’re guaranteed a hot day between 29 to 36°C (85-98°F). In the north the wet season lasts from May till October, while on the coast and inland, there are a couple of wet seasons: a long one from around March to July and a brief reprise during September and October.

WHAT TO SEE IN NIGERIA
Rich cultural tradition: Terracotta sculptures and Benin bronze work from the region are famous throughout the world. Nigeria also has Sungbo’s Eredo Africa’s largest construction

Museums: The Nigerian government has tried to stop the sale and shipment of major Nigerian works of art out of the country, and has requested the return of art taken out during the colonial era. This gives the visitor to Nigeria a culturally rich choice of museums to visit in many towns outside of Lagos: Benin City, Ibadan, Ife, Ilorin, Jos, and Kaduna.

Wilderness: Yankari is Nigeria’s best park for observing wildlife. With a bit of luck you may come across buffaloes, waterbucks, bushbucks, hyenas, leopards, plenty of baboons and the odd lion. While the park’s animal population has suffered from poaching it still has some big draw cards like the 500-strong population of elephants and the bird-watching is excellent.

TRANSPORT IN NIGERIA
Road: Nigeria’s excellent road network includes motorways linking Lagos to Ibadan and Benin City. However, like many European countries, railways in Nigeria have declined in importance because of competition from the expanding road system.

Air: International airports serve Lagos on the coast and Kano in the north, while smaller airfields provide services to other major cities. Nigeria Airways is the state-owned airline. Bell view Airlines flies from Lagos to Abuja, Bombay, Banjul, Kano, Amsterdam, Freetown, Nairobi and Port Harcourt. Flights from Europe include BA.com and KLM

VISA REQUIREMENTS
All guests to Nigeria are obliged to have a visa apart from citizens of countries belonging to the Economic Community of West African States. (ECOWAS).

TRAVELLER’S INSURANCE
In circumstances when you need medical care in Nigeria, most of the medical providers will be ready to attend to you when you have cash but not the travel Insurance as you may expect. In this case you need to have enough money to cater for your medical fees after which you will keep all the receipts and documentations you have received to file a claim against your insurance company for compensation. This therefore entails an aspiring traveler to Nigeria to have access to cash, either from a credit card or by wire transfer. For more assistance, contact the country’s local embassy or representative.

Note should however be taken that compensations will only be done to those clients who have been treated by licensed medical personnel. It is advisable to always ensure you have a comprehensive travel insurance policy which covers you for repatriation to your home country.

HOTELS IN NIGERIA
Nigeria has a wide range of accommodation for each and every type of traveler i.e. budget, mid range and luxury. 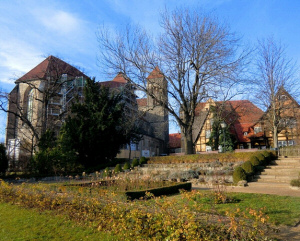