has a very strong

heritage. Many regions in

have kingdoms including Buganda, Busoga, Bunyoro and Toro.Ugandans are remarkablly hospitable and hail from a diversity of rich cultures and life styles Each tribe has it’s own traditional dance ; The banyankole perform their Kitagururo dance , the Banyoro have their Runyege , Acholi have the Bwora and Otole dances . The Alur people from the West Nile have the traditional Agwal dance ,Bagisu have the Imbalu dance during circumcission ceremonies.

Information about cultural organizations in

Taking a tour to cultural sites and eco-tourism in

and traditions are also expressed through a wide range of arts and Crafts made from wood ,Papyrus reeds and local materials . These include black smithimplements ,beaded Jewellery, wood carvings and batiks.They can be found all over the city in village bazaars, gift shops,hotels , Urban galleries and the National Theatre Craft Market. While on your

travel or safari, consider taking on a cultural tour to the known destinations. 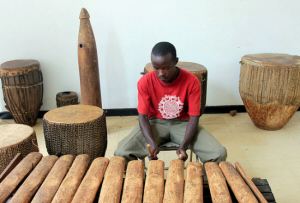 Drum:
The Drum being the common instrument in Africa, also dominates

in symbolism to African

A drum is made from animal skin of Cows, goats, and other animals.

Uses of the drum:

For sending particular messages to the intended audience.
In ritual ceremonies, drums are used for the last funeral rites, traditional worship, king installation,exorcism,circumcision and others.
Drums are used for entertainment, different drumming techniques are used by each tribe or

Among the Cultural Sites in

include the Buganda Royal Tomb, and other Cultural Sites.

These royal tombs in Kampala are located 5 kilometers from Kampala the capital on Kasubi hill. The Kasubi tombs are a very important cultural site in Buganda Kingdom. It is a UNESCO heritage place and the tombs are burial grounds for 4 Kings of the Buganda Kingdom referred to as ‘Kabaka”. This significant location in Buganda Kingdom takes a dome-like shape. A lot of royalty and respect is paid to this site. For many centuries, ancient Ganda rituals have been performed in this place. It holds numerous historical treasures of the Kingdom of Buganda. It is a place worth visiting while in Uganda.

These spiritual and impressive falls hold a unique status to the Baganda people. For ages, this place has been a favorite spot the Buganda Kings. The Sezibwa falls are found in Mukono district at the far border of Kyagwe & Bugerere kingdom-parishes, in the Eastern part of the Kingdom. The falls hold too much spiritual significance. Mutesa II and Mwanga who both were former kings, are believed to have “tied” twins from here. Other than their cultural significance, the spectacular waterfalls are a fine location for rock climbing, bird watching, healing, watching the waterfalls and cultural dances.
Spectacular Ssezibwa Falls
Mparo Tombs found in Hoima; theses are situated on Hoima Masindi road. The Mparo tombs are burial grounds for kings in the Bunyoro Kingdom. One of the most outstanding graves for the Omukama- a title for their kings, in this place is that of the Omukama Kabarega’s grave who was a very historic strong cultural leaders in Uganda.

Bigo bya Mugenyi, Ntusi; this site is located in Mubende district and holds numerous earthwork that was done by the Bachwezi people and other related kingdoms.

Namugongo Martyrs Shrine: This Uganda martyrs’ shrine is a very vital attraction in Uganda’s history. It is at this place where twenty two catholic Christian converts were brutally executed following the orders of Kabaka Mwanga II in the year 1886.
At this place touristic shrines have been erected by the Roman Catholic Church Christians and the Church of Uganda, and annually pilgrimages are made to this place. The victims of Mutesa’s brutality were canonized in 1869.
Baker’s Fort in Patiko; this fort is situated 32 kilometers north of the town of Gulu in Patiko sub county. The fort was founded by an early explorer in this country –Baker. This striking stone structure is a birthright of Baker’s outstanding work against slavery in this area.

Karambi Tomds located in Fort Portal; these tombs are located along Kasese road 5 km from Kasese town and are a burial place for Kasagama and Rukidi III. These tombs are historically important to the Toro Kingdom. 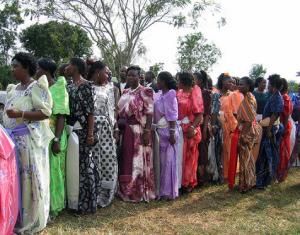 Other Cultural Sites are: