Although found in the most remote region of North eastern Uganda, Kidepo National park is a charm when it comes to Uganda wildlife safaris. It is actually the least visited park in Uganda yet it is home to some animals of the dry savanna that you won’t find in any other part of Uganda.
The 1,442sq km park is found in the rugged dry Karamoja region in northern Uganda mainly occupied by dry savannah grassland, Mount Morungole standing at 2,750m and crossed by two rivers Kidepo and Narus that nourish the park’s wildlife and this natural habitat as a whole.
The park occupies the most fertile region on northern Uganda, Kidepo/Narus Valley between the peaks of mountains from Sudan and Uganda. It was gazetted as a forest reserve in 1961 and has since gained National park status celebrating a spring of life in the semi desert regions. 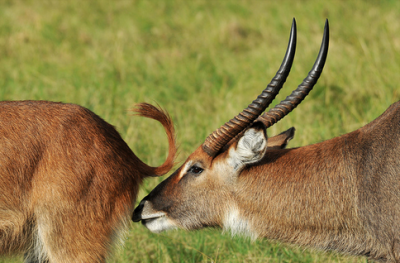 The park is good for safari game drives, nature walks and bird watching but there has be an armed ranger or guard for all these trips.

There are public buses and taxi that travel to northern Uganda through the districts of Soroti, Moroto and then to Kaboong with far fees. The trip by road takes 12 hours from Kampala. There is an airstrip near Kidepo Valley for charter flights to and from Northern Uganda.

The park is home to several species of birds and animals that are endemic to the semi desert weather. Some of the species found in Kidepo National park are not found in any other part of Uganda. The rivers of Narus and Kidepo are a spring of life in the park, attracting herds of elephants, buffalos, greater kudu, and predators like lion, leopard, bat-eared fox, cheetah and many other animals to the river bank during the dry season. An estimated 86 species of wild animals are found in Kidepo Park. Other animals in the park include giraffe, zebra, beisa oryx, kob, bush baby, side stripped jackal, grant’s gazelle, klipspringer, Senegal galago, white tailed mongoose, carcal and many others. Game viewing is excellent all through the year but March and April are good months for safari game drives.
The park is also a habitat for more than 400 different species of birds, many of them water birds like chest nut crowned sparrow weavers, Africna grey fly catcher, Abyssinia ground, karamoja Appalis, yellow necked spurfowl, stone partridge, black breasted barbet, rose ringed parakeet and the little green bee eater…to mention a few. Bird watching as thus is excellent during the rainy season and around the river banks for the dry months.

Since the park receives a few tourists every year, there are a few facilities for its tourists. Apoka private luxury Lodge is built near the Narus Valley region with fully furnished rooms with a good view of the valley and wildlife. Kakine Campsite is for the budget travelers with basic accommodation, drinking water, firewood and toilets but tourist have to take own camping equipment.
There are also a few bandas with drinking water, bed with mosquito nets and hot shower however tourists need to carry food and supplies on their trip.