Where is Semliki National Park Located in Uganda?

Situated in a remote corner, of southwestern Uganda, Semliki National park protects an Eastern extension of the vast Ituri Forest and forms Part of the forest continuum that stretches across the Democratic republic of Congo to Zaire River. Being a relatively stable forest “refugium” during the climatic upheavals of the Pleistocene, this is one of the richest area for forest birds in Africa. A large number of predominantly central African Species reach the eastern limit of distribution here cannot be found any where else in East Africa. These include some of the continent most spectacular and sought-after birds such as Congo Serpent eagle, Long-tailed Hawk, Nkulengu rail, black-wattled horn bill, and Lyre-tailed honey guide. Although it lies a bumpy three hour’s drive from Fort portal, Birders who make it to Semliki national park will be richly rewarded with some of the very best forest birding in Uganda. 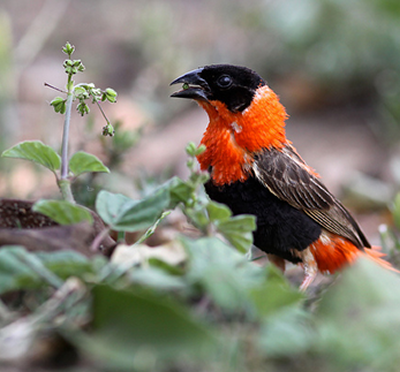 Rain falls year round and birding is good any time although the peak breeding season is just after the Jan-Feb “dry” Season .
Time required 3 -4 days .

Please note that on your birding trip, you may need birding binoculars, an othinology book for better indentification of Uganda birds. We also encourage you to participate in efforts that encourage avian conservation of Uganda tourism.