Where is Migingo Island Located?

Compared to half the size of a football pitch, Migingo is a small rock Island, located in Lake Victoria which is the largest lake in Africa and the largest Tropical Lake in the whole world. 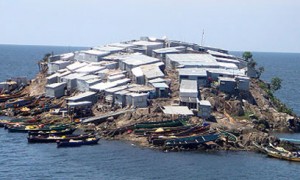 Migingo Island has a population of about 131 as per the 2009 Uganda census. The people that live here stay in corrugate sheet and wood huts. The people here are mainly fishermen and fish traders. It is located on a rocky and rugged piece of land with very little vegetation. The Island is characteristic of shabby living conditions even when there is a pharmacy, bars, beauty salons and plenty of hotels. In close proximity, migingo is one of the three small islands on top of The Pyramid and the Usingo Island which is the largest of the three. Migingo Island is 200 meters from the Pyramid Island. Migingo Island is quite too small that it has not been displayed on most maps. Migingo lies 200 meters east of the Usingo Island, 12 kilometers south of it is the Pyramid Island and also lying north of the Tanzanian border in Lake Victoria. Looking at maps since the 1920s Migingo has been on the Kenyan side when Kenya was recognized as a Kenya colony and Protectorate order in council. In the 21st century however, a Ugandan Official made claims thus causing a disagreement about where the Island is located of  Uganda and Kenya. 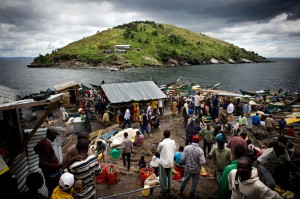 Who are the first inhabitants of Migingo Island? Ugandans or Kenyans?

The history of Migingo Island has two Kenyan fishermen who claim to have been the first inhabitants of this Island. These are George Kibebe and Dalmas Tembo who settled there in 1991.The Island was covered with weeds and that birds and snakes infested the Island. Other than the two Kenyans, a Ugandan fisherman Joseph Nsubuga also claims to have settled there in 2004.While at the Island Joseph says that all he found was an abandoned house. Because of the proximity to fishing grounds that are rich in Nile Perch other fishermen subsequently settled at the Migingo Island from Uganda, Kenya and Tanzania. 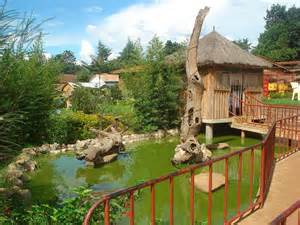 Why the dispute between Uganda and Kenya?

Kenyan fishermen gave an unusual claim in 2009 that since none of the Nile perch breed in Uganda, then the fish somehow belonged to the Kenyans therefore.

At various times, The Uganda and Kenyan Police have at various occasions occupied the Island of Migingo. According to the Kenyan government in June 2004, the Ugandan Marine police came and pitched tents on the island as well as raising the Ugandan flag and that of the police department. In February 2009, there arose a diplomatic row between Uganda and Kenya when the Kenyans that lived on Migingo Island were required to purchase special permits from the government of Uganda.

On 12th March 2009, a press release from the Ugandan government made a proposition that the matter should be solved by a survey as guided by the boundaries that set by the Kenya colony and Protectorate order in council 1926 which is also copied in the Ugandan constitution identifying the boundary line in a tangent way touching the western tip of Pyramid Island, and then straight west of due North to the western tip of the Llemba Island of Kenya.

Several ministers from both Uganda and Kenya met on 13th March 2009 in Uganda in which they came to an agreement that fishermen from Kenya and Uganda should be left to continue with their business as usual until the experts determine the boundary. These included, Uganda’s foreign affairs minister, Sam Kuteesa, Kenya’s Moses Wetangula. It was also in Agreement that Uganda should withdraw its 48 police men that had been deployed on Migingo. 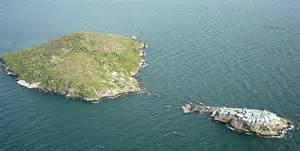 On 27th March 2009, there were negotiations on the Island between Kenya and Uganda. The residents of the Island were also addressed. The Kenyan delegation demanded that Uganda had to remove its police while the Ugandan delegation insisted on only removing the flag after consultations from the State house mentioning that the Ugandan Police was just there to keep law and order. The Kenyan Internal Security Assistant minister Orwa Ojode mentioned that ,he would also be sending in the Kenyan police to the Island.

The disputes could affect the cooperation between the two countries, and even within the East African Community but the Presidents of Uganda President Yoweri Kaguta Museveni and the President Mwai Kibaki of Kenya aired with confidence that the conflict would be amicably solved. This would also consider the fishing rights.