Places of Worship in Uganda

The places of worship have changed over time due to a number of factors like the style of religion and the varying beliefs that one has in their religion. The places of worship in Uganda include synagogues, churches, Hindu temples and mosques and below is a list of them explained in detail. 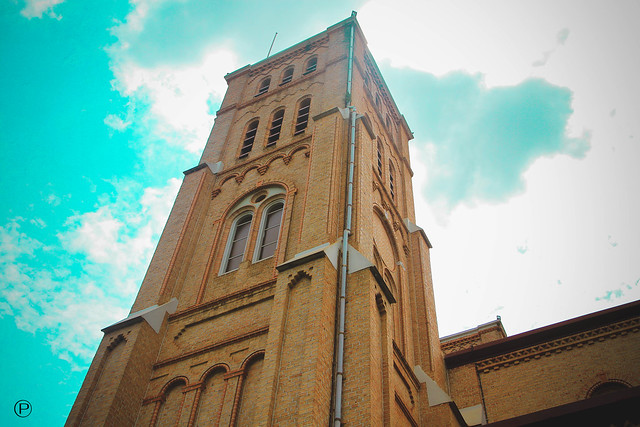 A church is a place where Christian’s converge to pray and praise the Lord. Some churches are extremely old whereas others are new and modern. There are different places in the church that are considered important and these include the altar, the Nave, the sanctuary and many more others. Churches in Uganda are used by the Catholics, Anglicans, seventh day Adventists and the Pentecost people.

Rubaga cathedral is for the Catholics and is headed but the Archbishop on behalf of the pope. Rubaga cathedral was constructed many years ago but has been renovated to meet the growing modernity in the country. The Catholic Church has different parts in the church that are considered important and these include

These churches are located all over Uganda with the oldest church being located in Masaka. the seventh Day Adventists pray on Saturday as they believe it to be the Sabbath and the right day to have prayers. These stop working on Friday and are not expected to do anything on Saturday even if it is cooking.

This is the Main Anglican Church in Uganda and is located in the heart of Kampala. Namirembe cathedral can be visited and it has a sitting capacity of more than 500 people.

This is located in Rubaga I the city centre and it is a Pentecostal church. It should however be noted that this is not the only church for Pentecostals as they have a large growing number of people. The Pentecostal church is built in a way that there is a pulpit where the pastor stands while preaching, the choir sector where they sit and then the general area where the congregation sits. There are daily services in most of these churches but the main service is always on Sundays.

Hinduism is mostly practiced by the Indians and in their religion it is believed that prayers can take place in three places that is a street side shrine, a home and a Temple. Most of the Hindu believers have a shrine in their home where they pray from.

The Hindu Temple has different statues of goddesses and gods which are treated like royalty and in their homes they have photos of the gods that they the small shrines are dedicated to. The different statues are given meals, bathed and dressed and are also given treats from time to time.

These shrines can be found on the roadsides and in Uganda some of the Hindu temples include the following.

The Temple is located at Nakivubo opposite Shoprite within the heart of Kampala.

This worshiping house is found in Naguru Hill near Kampala parents’ school.

The SSDM Temple is located on Bin Amir Street near Nakasero Market in the heart of Kampala the capital city of Uganda.

Mosques are where the Muslims go for their prayers. Most mosques have a half moon and star symbol which is the main symbol for Islam on top of the buildings with a domed shaped roof. Mosques are open buildings without furniture, photos, statues and the only thing inside a coffin is a wide curtain that separates the women from the men during prayers.

The mosque is constructed in a way that it has a tower which is known as a minaret. Before entering a mosque, one has to get ablution in order to be considered clean to say prayers and for the ladies that are experiencing their monthly periods are considered unclean and cannot perform their prayers but they can attend Khutba during Friday prayers. Some of the mosques that are found in Kampala include the following:

This is found in Nakasero Hill in Kampala.

Gadaffi Mosque is located at Old Kampala Hill in the capital city of Kampala and has a sitting capacity of 1500 people especially during Holy days like Eid. Also known as the Uganda National Mosque, this is where the Muslim council sits.

Kibuli mosque is located in Kibuli in Kampala and is one of the oldest mosques in the country. The construction of the mosque ended in 1952 and the patron of the mosque is prince Nakibinge Kassim Kakunguluwho is the grandon of the Prince Mbogo of Buganda kingdom.

Even though only Muslims are allowed to enter the mosque, tourists can visit these places of worship at a small fee and get to know the history of Islam in the country and all the mosques in Uganda are constructed while facing the direction of the Kaaba in Mecca.

The Jewish place of worship is known by different names like a beit, Temple, shul but the commonly known name is synagogue. The Jewish religion was banned by the then president of Uganda Idi Amin Dada in the 1970s but of recent the number of believers has increased although they are still a minority in the country.

The main preacher in Judaism is also known as Rabbi and the synagogue where they pray from has a traditional Jewish bath where the people have to cleanse from before prayers begin. The Jewish community in Uganda is known as the Bayudaya and most of these Jewish believers are found in the Eastern part of Uganda.

The Buddhist Temple in Uganda is found in Garuga Bulenga off Entebbe road and Buddhism in Uganda was founded by Buddharakkitha ven who was born Kabogozza Steven in 1966 in Uganda. The Buddhism religion is all about Karma and goodwill.

The Buddhism shrines or temples always have a flower vase or a tray filled with flowers, incense, the scripture, an image of Buddha, a miniature stupa and a lamp or candle to provide light nest to the Image of Buddha. These also have the shrines in their homes and they remember their dead loved ones whom they believe are still there watching over them.

These are majorly used by traditional believers and the main person who leads is known as JJaja in the local languages. Traditionally these were constructed as huts with grass thatches as roofing but some of them have been upgraded to brick and sand construction. As you enter the shrine, you are supposed to remove your shoes and if you are a lady, no trousers are allowed in the area and if you are putting short clothes, you need to carry a Lesu for decency.

These believe in many gods locally known as lubaale like Mukasa, Dungu, Musoke and all these gods have their specialties from rain to hunting. These can be found anywhere in the country and one can go there at any day.

There are numerous Bahai centers in Uganda but the main Temple is located on Kisaasi Hill in Kampala. The Bahai faith is practiced by quite a number of people and they normally go for their prayers on Sunday. The temple has one centre point where people meet and pray but has nine entrances to it. The nine entrances mean that any one irrelevant of the ethnicity or religion can come and pray from the temple. These do not baptize but one declares their faith at the age of fifteen and they are given a declaration card.