Eating soil is also known as geophagy which is the terminology uses for the act. The act of eating soil is often related to lack of irons in the body and this is commonly seen among women who are pregnant. It is mainly the urge and craving that makes many of the pregnant women to long for soil. Looking at the world at large, geophagy has been practiced for over years now although the practices differ from country to country, It has however been noticed as a common trait among women especially those that are pregnant.

When you go to America in the rural south, you will realize that the habit of eating soil is mainly among the black women. The habit is said to have been taken to America by the slaves since it is a practice that was commonly done in the Sub Saharan Africa. 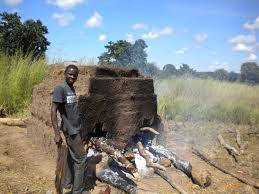 It is rare that medical doctors will recommend the practice of eating soil, but it has also been found by nutritionists that eating soil actually has some health benefits attached to it. The binding effect of clay can cause it to absorb toxins according to expert nutritionists.

Researchers and medical personnel have gone ahead to study and find out whether the minerals within soil especially the clay are of importance mainly to the pregnant women. The soils may act as mineral supplements for the pregnant women. This is because the need and uptake for minerals greatly increases during pregnancy.

The mineral content in clay soils varies from one region to another and it may contain the following minerals, calcium, iron, magnesium and copper. These are very critical minerals during pregnancy although they are also very important and essential for the human diet.

Eating soil is not harmful unless it has been got from a dangerous place. Take an example of soil that has been contaminated by human waste or any kind of industrial chemicals. 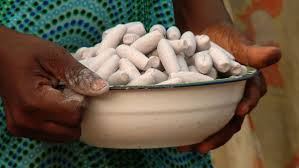 Why do pregnant women eat soil?

What are the effects of eating soil during pregnancy?

Effects of, eating soil during pregnancy

Some African tribes use clay as prevention against diarrhea. Taking an example of Uganda, to improve the anti malarial fighting ability of chimps, the chimps eat soil. The soil activates chemicals of leaves from   Trichilia rubescens, a plant that has one of the most preferred food items of the Ugandan chimps. The animals usually eat soil in cases of stress or while missing minerals.

The effects of eating soil during pregnancy may include the following which may be both positive and negative.

A blood test will help you prove whether you are mineral or just vitamin deficient.