Mozambique, a country that covers an area of 799,380 sq. km.; is found on the southeastern coast of Africa. Several major Rivers cross the country like Zambezi flowing southeast across the centre, Lugfenda in the north, Limpopo in the south and the Save in the middle.
[vc_row][vc_column][qk_posts_list cat=”mozambique” order=”100″ orderby=”ASC” thumb=”6″][/vc_column][/vc_row]

The country is bordered by South Africa and Swaziland to the South, Tanzania to the North, Zambia and Malawi to the northwest and wp to the West. 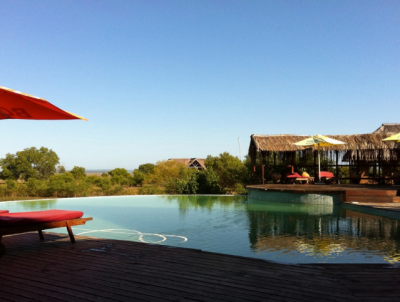 National Flag: The red stripe- Mozambique’s struggle for independence, Green- the land, black – African continent and yellow stands-mineral wealth of the nation. The yellow star -socialist beliefs of the country, the book -education and the hoe represents the peasants and agriculture. The rifle represents the nation’s determination to defend its freedom.

Mozambique can be visited at any time of the year. The country is always beautiful.

GETTING THERE AND AWAY:

Malawi has several European Airlines and African Airlines flying into the country. These include British Airways and KLM. The national airline,LAM operates a domestic service between Maputo and Beira, Nampula, Pemba and Tete.

All visitors to Mozambique should have a valid passport. This should be at least six months to expiry date. ALL persons travelling to the country are to obtain visas prior to their departure as entry visas are no longer be issued upon arrival at any border post or airport, effective immediately. These must be organised prior to travelling through the nearest Mozambique Embassy or High Commission.

It is advisable to check with your nearest Mozambiquan Embassy/Consular before you travel since Visa requirements can change at any time.

Mozambique has a good road system that links the country to others, and city to city. Bus services are available throughout Mozambique daily. There are daily regular bus services covering most the main towns.Train Services are also available, with a railway link between Beira and Tete and from Mocambique and Macala, via Monapo to Nampula and Lichinga. A train service also operates from Maputo to Goba and Ressano Garcia and onwards to wp.

Mozambique has a wide range of accommodation. The country has several hotels including The Bazaruto Lodge in Bazaruto island, Holiday Inn, Hotel Ibis Maputo, Pestana Rovuma, Hotel Cardoso and Hotel Polana in Maputo.

These offer a wide range of facilities to Both Business and Leisure Travellers.

Mozambique offers a range of attractions for visitors including scuba diving, sailing, sport fishing and tropical indian ocean islands. Other attractions include Mozambique Island – (Ilha de Moçambique – commonly called ‘Ilha’) Once the capital of Portugal’s East African colony, the island is now known for its array of mosques and churches and its Hindu temple. Beira – The second largest city in Mozambique and one of Southern Africa’s oldest cities. Great Limpopo Transfrontier Park and Off the Beaten Track.

The country has several banking services in most major towns. Travellers cheques are widely accepted and readily exchanged but to avoid commission they are best taken in IS Dollars. Credit and charge cards are accepted, in hotels and banks.

The South African Rand is widely accepted as a form of currency and accommodation prices are often quoted in Rand.There are no restrictions on the import of foreign currency but the import and export of local currency is not allowed.

Major hotels and some bank accept credit card transactions but you will be charged a commission.