The attractiveness of African Safari Holidays is that they offer several itineraries to the various islands of the Eastern coast on the Indian ocean t0ogrther with beautiful beaches.  The largest island of all these is Madagascar which is actually the 4th largest of all islands in the world. Although the island doesn’t have much game, it is blessed with a rich biodiversity because this is land mass once was part of Africa but later broke off. The animals on this island developed differently. For that reason, the island holds some of the most enthralling  wildlife in the world with eye catching creatures like the ring-tailed lemurs that have big eyes and long encircled tailed.
[vc_row][vc_column][qk_posts_list cat=”madagascar” order=”100″ orderby=”ASC” thumb=”6″][/vc_column][/vc_row]

Madagascar additionally has a very rich culture which makes it a very rewarding destination. Other than the 4 Wheel Drive cultural safari, Madagascar can serve as a base for and island-hop-trip to the country. What’s more is that you can sail along the coast on the typical African dhows. 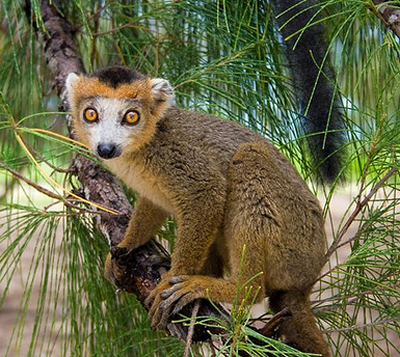 Safari Holidays to the National Parks of Madagascar

Besides the wildlife reserves, private reserves and strict-nature reserves, the island has twenty National Parks. Masoala National Park located in Madagascar’s north east includes the Nosy Mangabe Reserve. The park has 2300 sq. Km of sheltered rainforest making it the largest on the island, and has been recognized as a UNESCO World Heritage place. This is a must visit site while on your holiday. Additionally, it has 10 different types of the lemur, plus a variety of owls & frogs that dwell within the forest. The park also has part of the coast line that allows for watching the Humpback Whales.
[vc_row][vc_column][qk_posts_list cat=”madagascar” order=”100″ orderby=”ASC” thumb=”6″][/vc_column][/vc_row]
For those passionate about trekking, the best place to visit is Isalo National Park which has several challenging routes. Andringitra national park also has numerous rare animal species. Visitors in this vast locality of the ravines & the mountains can view hundred of birds, lemur and frogs. The park is crisscrossed by the tropic of Capricorn, so expect to have a steamy safari holiday.

What should you know about Safari Holidays to Madagascar?

Sadly, despite the island being a very remarkable destination, it has very many troubles. It has an unbalance history, and remember to check the political state of affairs with the foreign commonwealth official website prior to your journey.  But remember that your tour operator will give you some guidance which you should endeavor to follow. It is recommended that you visit the island from March through to December because the other months are in the rainy season. Be on the look for stray dogs which are at times seen wandering in the cities.  And if go to the capital Antananarivo, never go out in the night on your own.